Iron West is a western steampunk graphic novel. It was published by Image Comics in 2006.

Iron West takes place in Snelling, California, in 1898. Two prospectors dig up a large sphere from outer space known as the Demiurge, which creates mechanical replicas of them that proceed to kill them. In the nearby town of Twain Harte, selfish outlaw Preston Struck is accused of these murders and boards a train out of the town, leaving behind his love interest, Ms Sharon, who is implied to be a prostitute. The Sheriff sends a bounty hunter named Strauss after him, who is thrown off the train after a brief conflict. At this point, several more clockwork men, dressed in the attire of the townspeople, emerge, and proceed to shoot and kill the passengers purely because of their belief that humans are inferior. They divert the train to head into the woods instead of its original destination, where Struck avoids being killed and escapes from the moving train.

He wakes inside a wigwam with a Native American Shaman by the name of Two Rivers and Sasquatch, who is actually a sasquatch. Two Rivers heals his wounds and explains that the Demiurge has attacked before and been defeated by its natural enemy, which he does not specify. Struck immediately decides not to save Twain Harte, but to travel North away from the danger. However, he encounters one of the Demiurge's mechanical men in the woods and flees, leading to him falling down a steep slope and finding himself near more of them, who are busy excavating the army of iron men from the last time the Demiurge attacked.

Struck then enters a shaft in the rock and encounters the Demiurge itself. He blinds one of the replicas and tricks it into shooting the Demiurge, which causes all of the replicas to power down and collapse. However, as Struck is making his calm escape, the Demiurge heals itself and the replicas regain consciousness. By this time, Struck has reached the woods again and, while running away, is caught by Strauss, who takes him back to Twain Harte to collect his bounty from the Sheriff. The Sheriff locks Struck in a jail cell.

Not believing Struck's claims that mechanical outlaws are coming to kill them all, the Sheriff and Ms Sharon approach the diverted train as it pulls into Twain Harte. However, as hordes of mechanical men jump out of it, the two of them run back into the jail and release Struck. The Sheriff then makes Struck his deputy, and gives him his horse, Copper, so that he can go back to Two Rivers with Ms Sharon and find out what the "natural enemy" of the mechanical men is. However, as they are riding through the woods, Struck reveals that he plans to leave the town to fend for itself.

They are then attacked by three more metal men, including one that is a replica of Struck. When Copper is killed and Ms Sharon is kidnapped, Struck defeats his replica and runs to Two Rivers. Two Rivers is aware of Struck's selfish plan to desert the town and reluctant to help because of it, but nonetheless introduces him to "the natural enemy", several mechanical men in Native American attire, known as Engines ('engines' being phonetically similar to 'injuns' in the accent of the region and era).

Meanwhile, the Sheriff is fighting off the Demiurge's humanoid creations, when they reveal that they have Ms Sharon captive. At this point, Struck, Two Rivers, Sasquatch and the Engines reveal they were hiding amongst the mechanical men. As the Engines are fighting, Struck takes Ms Sharon to the nearest horse, once again intending to flee. However, Sasquatch stops him. Two Rivers then puts a small, newt-like creature he won from a Scotsman into a trough of water and performs a spell on it, transforming it into a colossal "wingless dragon"; the Loch Ness monster. Soon after, the train that the metal men arrived in is revealed to contain the Demiurge, which transforms the train into a gigantic robotic body around itself. The Loch Ness monster then does battle with it.

The Sheriff is then repeatedly shot by two metal men with a gatling gun, and appoints Struck the new sheriff as he dies. After the "train man" decapitates the Loch Ness monster, much to Two Rivers' disappointment, Struck confronts him with a new sense of responsibility for the town's safety and manages to blow his arm off with his own TNTs. He then climbs into the hole where the arm was, sees the Demiurge inside and ties a rope around it. Attempting to remove Struck from inside himself, the train man pulls the rope, causing the Demiurge to fall to the ground. The now vacant body of the train man falls onto it, destroying it.

Struck then tries to prove to Ms Sharon that he is a new man by proposing (using a cigar band as a ring). Two Rivers and the remaining Engines then return to the wigwam, which flies into space. Though Sasquatch was left behind, Struck makes him his deputy.

This section of the article is a stub. You can help Steampunk Wiki by expanding it.


The story is set in the American Old West, but features modern day objects such as robots. 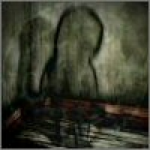 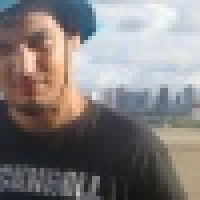